The Thumb and a Week with Roberto Aussel

Many helpful tips from the teachers, including Roberto Aussel, here in the program have revolved around the the thumb. It has become quite apparent to me just how much we neglect the thumb as guitarists. We get a good consistent sound and keep it, never changing the way we pluck just where we pluck on the string. Even I have been guilty of not exploring all of the possible colors the thumb can produce. Though it is common practice today to play only with nails on all fingers, the timbre and color created by plucking the bass strings with only the flesh of the thumb is very effective and, to me, too underused. I don’t blame today’s guitarists so much as it is not a concept much emphasized of even taught by many of today’s teachers. Fernando Sor, who in the beginning played guitar without nails, eventually converted to plucking the strings of the guitar with the nails of his fingers, but he always preferred the sound of the bass and his thumb without nails. Part of my experience in this program has opened my eyes as to why that is. Thinking about the timbre and color produced by the thumb should be just as thoughtful and planned as the melodies of the pieces we play. That is to say, we shouldn’t give up on the thumb nail entirely, but rather it is a suggestion to incorporate new sounds to the thumb.

Technique for the thumb is very important as well. With Roberto Aussel lessons, we covered the music of Latin America. The rhythm of this music is often the most important thing, and it is often driven by the bass, and hence the thumb. Developing the independence of the thumb can help make the dance rhythms clearer with accents and also by stopping the ringing open string bass notes. It is quite difficult to do, but it can make a huge difference in your interpretation as well as your overall technique in general.

Though not about the thumb, tere is a helpful exercise for playing legato with the left hand while shifting positions on the same string. Maestro Aussel showed it to us. It is an exercise from Abel Carlevaro’s method, which I highly recommend guitarists check out. There are many great exercises for building technique in both hands. Practice the movements of the shifts slowly at first and as legato as possible. Then, slowly speed up the movements while maintaining the same result. 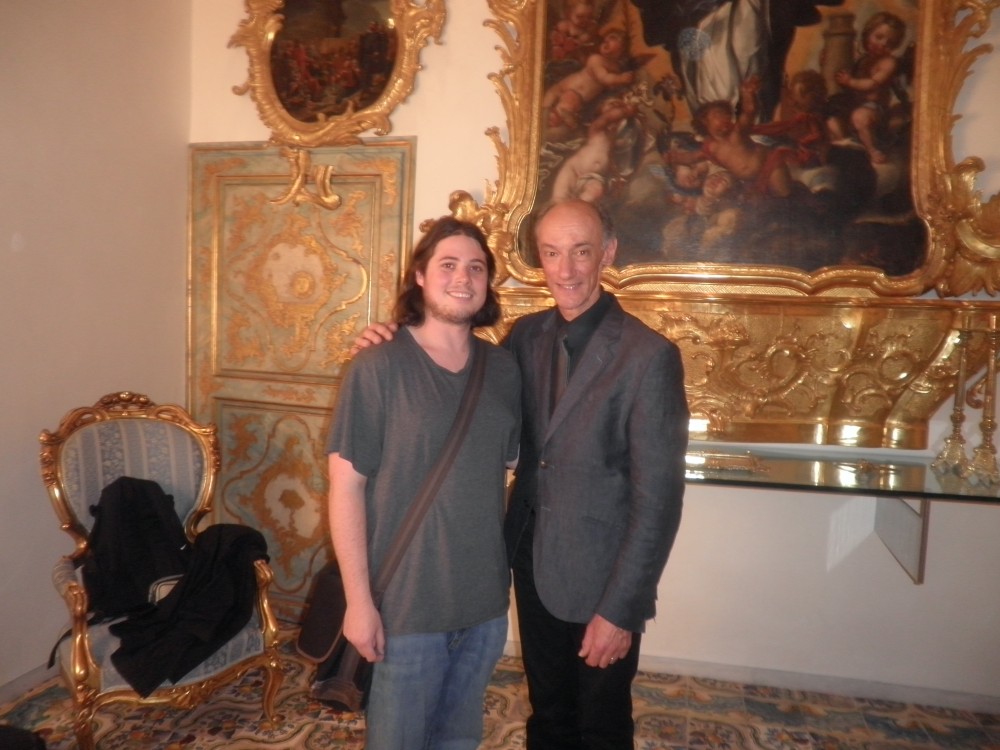